Since its inauguration in 1870, the imposing Baroque and Renaissance lakeside building has become one of Lucerne’s symbols. In 1887, Swiss hotelier Cesar Ritz lead Grand Hotel National, bringing a lighter and more personalized concept to guest service, innovating and treating them as friends of the house. It was revolutionizing the Hotel industry and not by chance, became known as “The King of Hoteliers and Hotelier of Kings.”

He established a lasting partnership with French Chef Auguste Escoffier, being considered pioneers of modern tourism. They received, among others, Sissi, the Austrian Emperor, Indian Maharajas, and Germania Emperors. Already in the mid-1880s, the Grand Hotel National Luzern was considered the most elegant hotel in Europe. In the nineteenth century lived its golden age.

A curious fact is during World War II, the Hotel was used as a storage place for materials and food, like many others in the region.

Grand Hotel National Luzern – Location and How to get there

Lucerne is one of the most beautiful cities in Switzerland. Located by the Lake Lucerne and surrounded by the Alps, it attracts over 1 million visitors from around the world each year. It is a medium-sized city, by Swiss standards, has around 80,000 inhabitants.

The Canton of Lucerne is located in German Switzerland, 50 km from Zurich (the nearest airport) and 100 km from Bern in central Switzerland, in the heart of Europe. The Hotel National is located on Lucerne’s Promenade, overlooking the Alps, Mount Pilatus, the KKL Art Museum, Bahnhof Train Station, Chapel Bridge, and part of the Old Town.

The National Hotel has four restaurants beside the National Bar, with a beautiful, classic piano bar and great cocktails. If you like oysters, you will be a delight! Even if not, it is worth following how the Barmen Prepare then to serve. For our dinner at the National Restaurant, we ordered National Burger and Champagner Risotto with Shrimps. Was delicious! For those who want to go out after dinner, I recommend the Rooftop Monopol, next to the train station or the Club Schur, with DJ and live music!

After a great night’s sleep (for those who know Switzerland, you know you sleep well here! The cities are incredibly quiet at night!), Time to go down for one of my favorite moments- the breakfast 🙂 The National Hotel did not disappoint !! In addition to an excellent buffet with various types of bread, Swiss cheeses, yogurts, patisseries, and juices, we can also choose menu options, which include: American style pancakes, scrambled eggs, etc. Breakfast is till 10:30 a,m and from at 11:00 am start the Brunch, not included on the price.

The Grand Hotel National Lucerne offers several exciting packages that can be combined with accommodation: Ski or Snowboard Lessons, Lucerne Carnival, Easter, New Year, and more! More information on the website (click here to get to the hotel website)
The Hotel National is a partner to Fitness Park National for a special price. At a discounted hotel, the cost of Day-use drops from Fr. 37 to Fr. 25. I arrived a little early at the Hotel and bought a day pass for the Fitness Park National, which is in front of the Hotel. National is one of Lucerne’s finest gyms, and it has a beautiful spa area with an outdoor pool, several saunas, and two gym floors. After even swimming in the heated outdoor snow pool, doing several saunas (even aromatherapy), I was happy and relaxed for the Hotel. 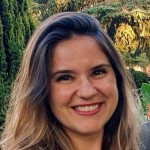